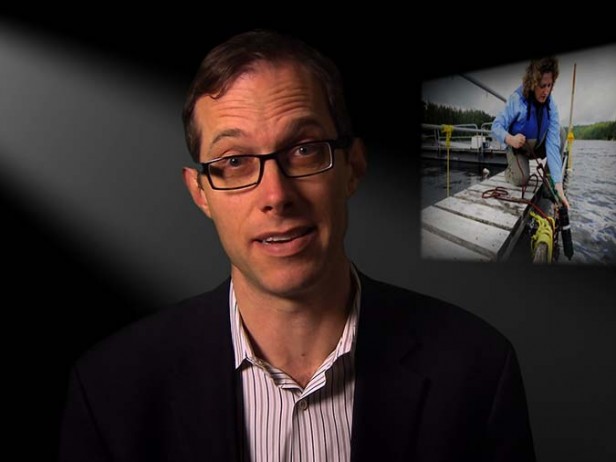 Rick Smith is a prominent Canadian author and environmentalist. He was executive Director of Enviromental Defence, Jack Layton’s first Chief of Staff, and currently Executive Director of the Broadbent Institute. He wrote a global best seller with co-author Bruce Lourie, “Slow Death by Rubber Duck: How the Toxic Chemistry of Everyday Life Affects Our Health.”

He has a Ph.D in Biology from the University of Guelph.

BENGER: So what happened to you and your organization Environmental Defence?

SMITH: These audits that charities are undergoing are actual organisational audits. So they don’t just look at your dollars and cents and whether your revenue and expenses balance and whether everything can be accounted for. I mean, that’s the easy stuff.

So I think the word audit actually doesn’t do justice to what this government is doing to the charitable sector in this country. It is actually questioning the internal workings of Canadian charities in an unprecedented way.

BENGER: The CRA is allowing massive gobs of money not to be taxed but spending money going after little guys?

SMITH: Clearly there’s a political motivation going on when every major environmental charity in this country is being audited, every major charity basically doing progressive policy work. How can we to explain the sudden eruption of scrutiny of all these organisations in the last two years?

And it’s absolutely misplaced priorities on the part of Canada Revenue Agency. I mean, how can you not go after those billions of dollars in Cayman Island bank accounts but yet unleash the bean counters on, in some cases, very small Canadian charities who are doing what… They have been doing the same thing for 30 or 40 years.

BENGER: The idea that the CRA has become political what do you tell Canadians about the contemporary CRA?

SMITH: As Canadians we trust in the impartiality of government bureaucracy and in due process. And so any Canadian looking at what the Harper Government is doing with respect to trying to shut down its critics through the tax system should find that chilling. Because, frankly, if we’re moving to a place where the government comes after you because they don’t like what you’re saying, you could be next.

So the very broad nature of what the Harper Government has unleashed on the charitable sector is not just environmental groups, it’s development charities, it’s anti-poverty organisations, it’s social justice organisations, it’s churches who are being, who are now being hauled in front of the taxmen. So what’s happening in its breadth and in its implications is chilling.

BENGER: In terms of Harper cuts, what kinds of jobs are we looking at?

So whether it’s Agriculture Canada, Environment Canada, Fisheries and Oceans Canada, any department with any kind of scientific expertise has been gutted by this government, and we’re talking about tens of thousands of people. And the tragedy here is not just the personal tragedies of these people, but it’s the Canadian public who are at large being deprived of the best possible decision-making and evidence-based policy.

The other thing I’d say here is that this is not a conservative government that we have federally. This is a corporatist government. This is a government that has torqued public policy in this country to benefit the largest transnational corporations in the world. And it has done so by enabling massive tax avoidance on the parts of these companies, reducing their overall tax rate to begin with.

And moving at the behest of these companies – many of them oil companies — to shut down due process and environmental protection and all these things that Canadians have taken for granted that environmental charities have been quite critical of with respect to this government.

So this government’s policy and regulatory agenda has been informed by the biggest companies in the world, not just on the tax side of things but on the environmental protection and public participation side of things as well.

BENGER: I’ve approached 4 accounting firms who treated me with great disdain, now business doesn’t have to participate in the message.

SMITH: I do think that the reputational capital, that the public trust in corporate Canada has terribly eroded over the last few years. I mean, the Broadbent Institute, my organisation did a poll that we released that week looking at attitudes or Millennials and their Baby Boomer parents regarding economic opportunities for the young today.

And some of the results of that poll were actually quite astonishing. Fully one half of Canadian parents now believe that economic prospects for their kids are going to be much worse than they were when they themselves were young. An overwhelming majority of Millennials expect that they’re going to have a work-life full of contract work and precarious employment.

And to the extent that corporate Canada is not willing to answer simple questions about the tax they may or may not pay, that doesn’t help their reputation any amongst the Canadian public. And in an age when income inequality is getting much worse. The fortunes of the richest Canadians and of the poorest Canadians and the middle class Canadians are diverging markedly. And people feel this every month as they sit down at the kitchen tables and work out their household finances.

At a time when income disparity is worsening in our country, I think it’s a very poor move on the part of corporate Canada to appear above transparency and answering reasonable questions.

BENGER: What is the tax avoidance story tell us about governance in this country in 2014?

SMITH: I think public policy in this country over the past couple of decades has been torqued to benefit corporate Canada over hardworking individual Canadians. And I think most Canadians would be surprised to learn that even after successive governments have reduced corporate tax rates, many companies don’t even pay that reduced amount.

I think most Canadians would be quite alarmed and annoyed by that because you can’t get away with that as an individual. You can’t just decide you’re not going to pay your taxes as an individual unless you can, unless you can afford a very high priced lawyer who figures out some of these Cayman Island bank accounts for you.

Your average Canadian kind of figures that they need to pay their taxes and so having a similar expectation of corporate Canada is not unreasonable.

Whether it’s reduce corporate tax rates, whether it’s diminishing the ability of the Canada Revenue Agency to ensure that corporations and the richest individuals actually pay their taxes, go after tax cheats, these are not moves that your average Canadian is gonna support.

BENGER: I’ve learned that at least three prominent federal finance ministers have been hoodwinked by tax professionals. Wilson, Martin, Flaherty. Is there a chance the custodians of the national economy have been asleep at wheel?

SMITH: Yeah, I think they have been asleep at the wheel. We’re talking about the Government of Canada here. At the end of the day, this is still the largest organisation in the country and I have a hard time believing that they can’t figure this out. I mean, I do accept the fact that as with any regulation — tax regulation, economic regulation, environmental regulation — that experts arise in the private sector who claim that they can get around these things.

And so you set up a bit of an arm’s race with the regulator and the regulated. I get that. But I think clearly the scale of the problem is so vast in terms of tax avoidance now and it’s such a clearly international phenomenon that it needs to be addressed not just nationally but internationally.

Because all these different countries are dealing with similar problems and surely it’s in the best interest of each of these countries to get together and to ensure that they’re not being played off against each other.