Robin Benger is a producer/director/writer/narrator of television documentaries. Born in England, raised in South Africa, he’s been working in Canadian journalism and documentary filmmaking since 1976. “Individuality, unpredictability, relevance, rich characters and a strong instinct for narrative are the qualities we aim for in Cogent/Benger documentaries.”

“One rule we have is, if we wouldn’t watch it, we ain’t gonna make it. Another rule is, whenever possible, stop and smell the flowers.” 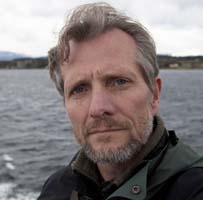 Christopher produces, directs and writes television documentaries. Born in Vancouver, he headed to Toronto in search of a career. He entered the wonderful world of television in 1977 at the CBC, where he discovered editing and a love of documentaries.

After a stint as a freelance editor and feature film trailer producer, Christopher teamed up with Robin Benger to produce In Security (Hot Docs 1998 nominee best political/social issue documentary) and Eastside Showdown (Gemini Awards 1999 nominee best social/political documentary). Together they formed Cogent/Benger Productions in 1999 to continue to produce socially relevant, issue-oriented films in the same vein.

“Making a documentary is like a journey down two streams – gut reflex and eternal planning. When they come together, magic happens.” 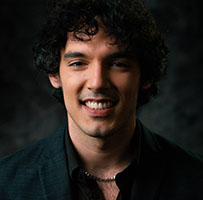 Matthew Campea is a director, editor, and writer. His latest film, I, Pedophile (2016), premiered on CBC in March of 2016. In 2014, Matthew Campea produced and directed a series of award-winning videos for TVO focused on mental health.