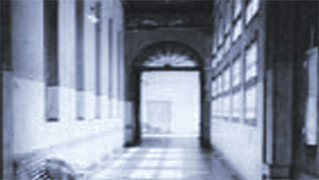 Part One: Falling Through The Cracks:

Thousands of mentally ill people who used to be institutionalized now live in communities across Canada. This hour long documentary directed by Robin Benger, tracks the lives of four such people. An ex-doctor battling suicide, a young woman emerging from the twin horror of rape and abandonment, a 79-year-old man who runs from the memory of Electro-Shock therapy, and a mental patient with schizophrenia who ends up homeless. Falling Through the Cracks is a portrait of a forgotten and dumped population, people who our society has condemned to a shadowy existence of drug dependency and mental deterioration.

The program, directed by Leslie Fruman, examines mentally ill people who have been excused of crimes by the legal verdict of Not Criminally Responsible. One is an explosive man with severe depression who meets a tragic end. Another struggles with addiction, schizophrenia and violence before finding a kind of a peace. And the story of a third is almost too extraordinary to tell – within months of killing his son, he is back home, controlled by a new generation of powerful drugs. All three fall under the care of a pioneering psychiatrist who takes the controversial view that the criminally disturbed can live out in the community.