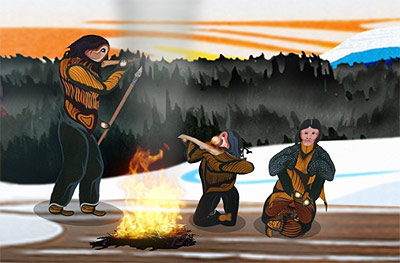 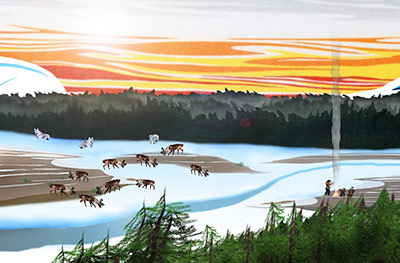 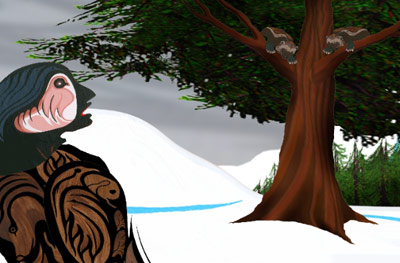 A giant wolverine has laid a deadly trap to kill humans and eat them. The people are defenseless against Wolverine and his magic until Yamoria arrives to help. In this animated tale told by the renowned Dene storyteller, George Blondin, it?s long, long ago when giant animals roamed the north and the people were wild and uncultured. Yamoria, the traveling hero, uses his own magic to trick the wolverines and make a bargain with them.

First Aired
September 14, 2001
on Discovery Canada, and on Animal Planet in the U.S.